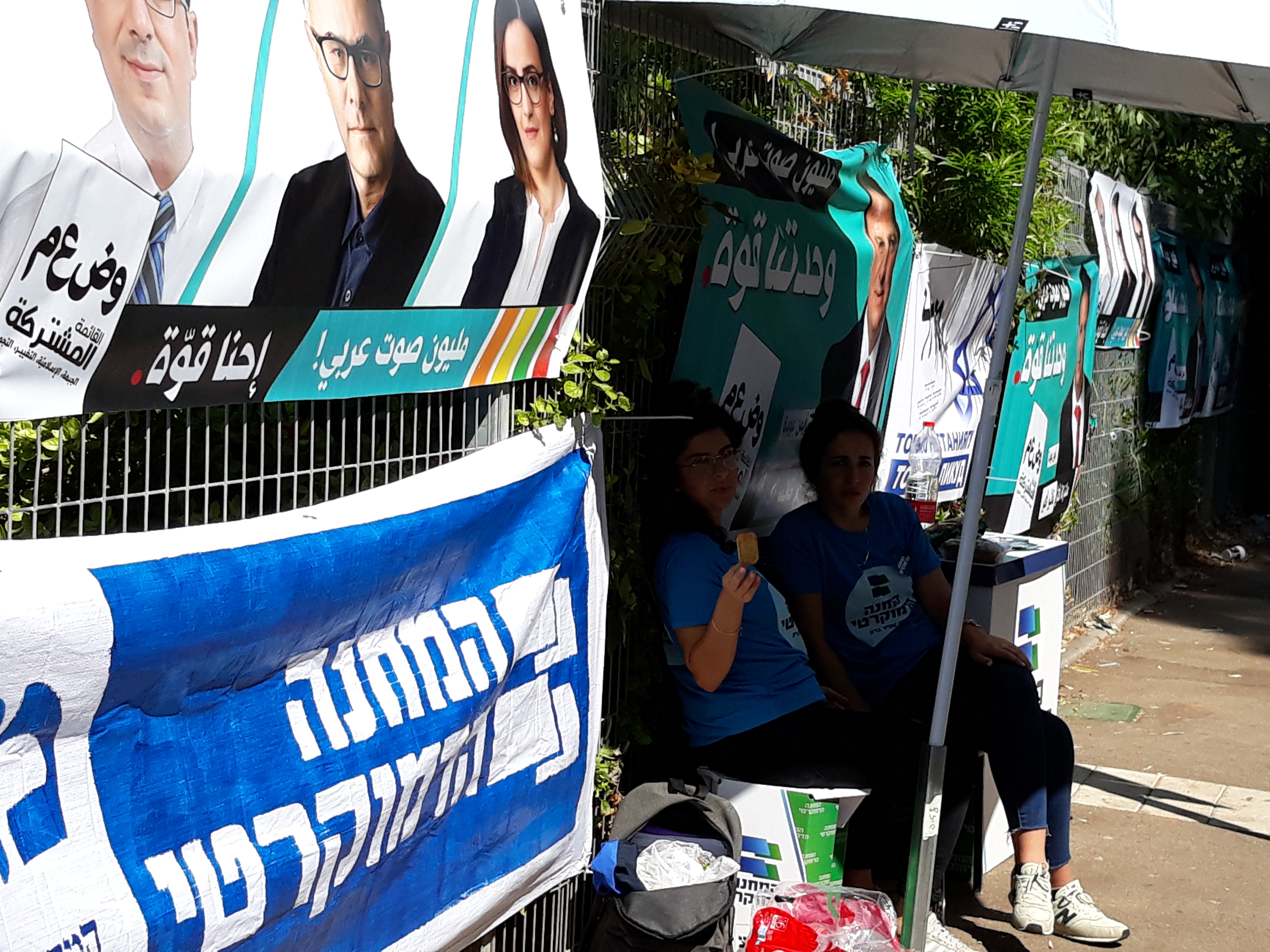 Despite last-ditch attempts on the part of the Likud and Netanyahu to incite against them, Arab voters turned out more than expected. Arab voter turnout rose from 49.2% in April to 60%. This increase can be attributed both to the reunion of the Joint List, which dissolved in February to the dismay of many Arab voters, as well as to Netanyahu’s campaign of incitement, which energized Arab voters more than it did his own base.
With thirteen seats, the Joint List now constitutes the third largest political group in the Knesset. Although it is not yet clear what the new governing coalition will look like, both Kahol Lavan and the Likud have expressed a willingness join forces to form a unity government. With the political will to enter a third round of elections low on all sides, a unity government seems to be the most likely outcome of the elections. In the event that a unity government is formed, the Joint List would become the largest political group in the opposition. This would be the first time in Israel’s history that a predominantly Arab, non-Zionist political group would lead the opposition. This arrangement would give the parties representing Israel’s Palestinian Arab minority in the Knesset unprecedented—albeit limited—political power.
Contrary to Netanyahu’s claim that the Left wants to form a “dangerous government” “that relies on anti-Zionist Arab parties,” the head of the opposition party Beny Gantz has not made any attempts to reach out to the Arab political leadership. Despite overtures to attract Arab votes during his campaign and his purported desire to heal the divides in Israeli society, Gantz’s Tuesday night victory speech did not so much as mention the Arab parties. On the contrary, he expressed a desire to form a government with Labor-Gesher, the Democratic Union, and Yisrael Beitenu. Yisrael Beitenu, headed by the hawkish Avigdor Lieberman, is notorious for its racist incitement against Arab citizens of Israel. As of Thursday, September 19, it appears more likely that Kahol Lavan will join forces with the Likud in a unity government that may or may not include Yisrael Beitenu. With such partners, it is unclear how Gantz will fulfill his promise to mend the divisions between Israelis and “work for a more just and equal society.”
Voting patterns also shifted considerably. Meretz won a sizeable portion of the Arab vote in April. In July, however, it joined forces with Ehud Barak to form the Democratic Union. The Arab community generally perceives Ehud Barak as a traitor, having widely supported him in 1999, only for his administration to kill thirteen Arab protesters in October, 2000. As such, Arab voters were dismayed by the Meretz-Barak merger. Thus, the 35,930 votes from Arab localities enjoyed by Meretz in April dropped to 13,436. Kahol Lavan, on the other hand, was able to maintain its Arab voting base, perhaps as a result of its concerted attempts to attract Arab voters in recent months. The Joint List also made efforts to attract voters outside of its base. Although figures are not presently available, reports suggest that the number of Jewish Israelis supporting the list increased.
At what we hope is the end of Netanyahu’s ten-year tenure, we have one thing for which we can thank him—that is, for opening the eyes of the international community to the reality that Palestinian Arab citizens of Israel have known all too long. Whatever the final outcome of the elections may be, what is clear is that we—both in Israel and around the world—must not settle for a slightly better version of Netanyahu. While winning thirteen seats and knocking Netanyahu out of power are important victories, the struggle is far from over. Gantz might not make headlines as regularly as Netanyahu, but he will apply the same policy of occupation.
We must continue to strive for the justice, peace, equality and dignity that have been missing from this region for so long.
Subscribe to Mailing List
You can enter your email in the box below to subscribe to our newsletter
Send