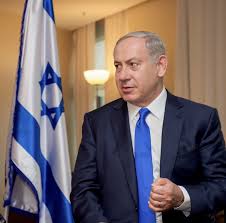 At a self-described “emergency” Likud rally onSunday 17 November, Netanyahu escalated his incitement against the Palestinian Arab citizens of Israel in the wake of their possible support of a government led by Kahol Lavan. The event was entitled “Emergency Rally for the Right: Against the Formation of a Minority Government with the Support of the Arab Parties”. In a new nadir for a prime minister with a lavish history of incitement, he told the audience that a minority government will be “celebrate[d] in Tehran, Ramallah and Gaza, the way they celebrate after every terror attack. This would be a historic national attack on the State of Israel.”He specifically named and attackedMKs Ayman Odehand Ahmad Tibi, to a chorus of booing, and a Facebook livestream of almost 150,000 people. The two MKs reported that they have since received death threats.

This is the latest episode in a long list of racist incitement against the Palestinian Arab citizens of Israel. In the dusk of the 2015 election, Netanyahu posted a video warning his followers that Palestinian Arab citizens of Israel were voting “in droves”. He played down this statement following his victory, but when he claimed that “Arabs want to destroy us” in in a post that was banned by Facebook in September, no remorse was shown. The past decade has overseen an increasing normalisation of incitement against the Arab minority within Israel, and this shameful regression has been spearheaded by the premier himself. In the absence of a conflict with an external enemy to galvanize his support base, Netanyahu has turned on citizens who should be equal before the law in a manoeuvre straight out of the populist playbook.

By aligning the Palestinian Arab citizens of Israel with foreign powers, Netanyahu is intensifying a system of stratified citizenship: One-fifth of the citizen population of Israel are Palestinian Arabs, but, in Netanyahu’s worldview, any expression of their most fundamental rights is tantamount to a “crisis”. The Prime Minister’s comments also lack the most elementary historical awareness, deploying the same tropes of dual loyalty that were used against Jewish people to legitimize the most heinous discrimination and violence against them.

Given the twelve-point increase in voter turnout among Palestinian Arab citizens of Israel and the unprecedented endorsement of all but one of the Joint List’s factions of Benny Gantz for Prime Minister, the role of Palestinian Arab citizens of Israel has been a key talking point in the recent election. For Netanyahu, however, civic and political participation are an unwelcomed development. In his worldview, the Arab Palestinian community are in the state, but can never be of the state. For this to emanate from the Prime Minister’s office should be a point of national shame.

However, as the Mossawa Center’s previous analysis has demonstrated, it was not only the Palestinian Arab minority who rejected Netanyahu’s virulent rhetoric in the last election cycle, but also the Jewish public at large. Lieberman’s attempted rebranding as a champion of secularism saw him acquire three additional seats from his April 2019 yield, while the far-right Otzma Yehudit failed to cross the quorum into the Knesset. In fact, reporters from the rally observed that the Tel Aviv hall was scarcely full.  This is all points to a leader fighting for his political survival and his personal freedom in the shadow of an imminent verdict on Tuesday 18 November from the Attorney General.

The Mossawa Center is unequivocal in its condemnation of Netanyahu and the hateful rally that occurred on Sunday. One-fifth of the country is under attack for expressing its most rudimentary rights – speaking up and voting. This is not simply electioneering; this is racist and dangerous incitement, and it must be rejected by anybody who stands for democracy and equality. We call upon the international community to not only condemn Netanyahu’s dangerous actions, but to take a stand against his racist and corrupt agenda.