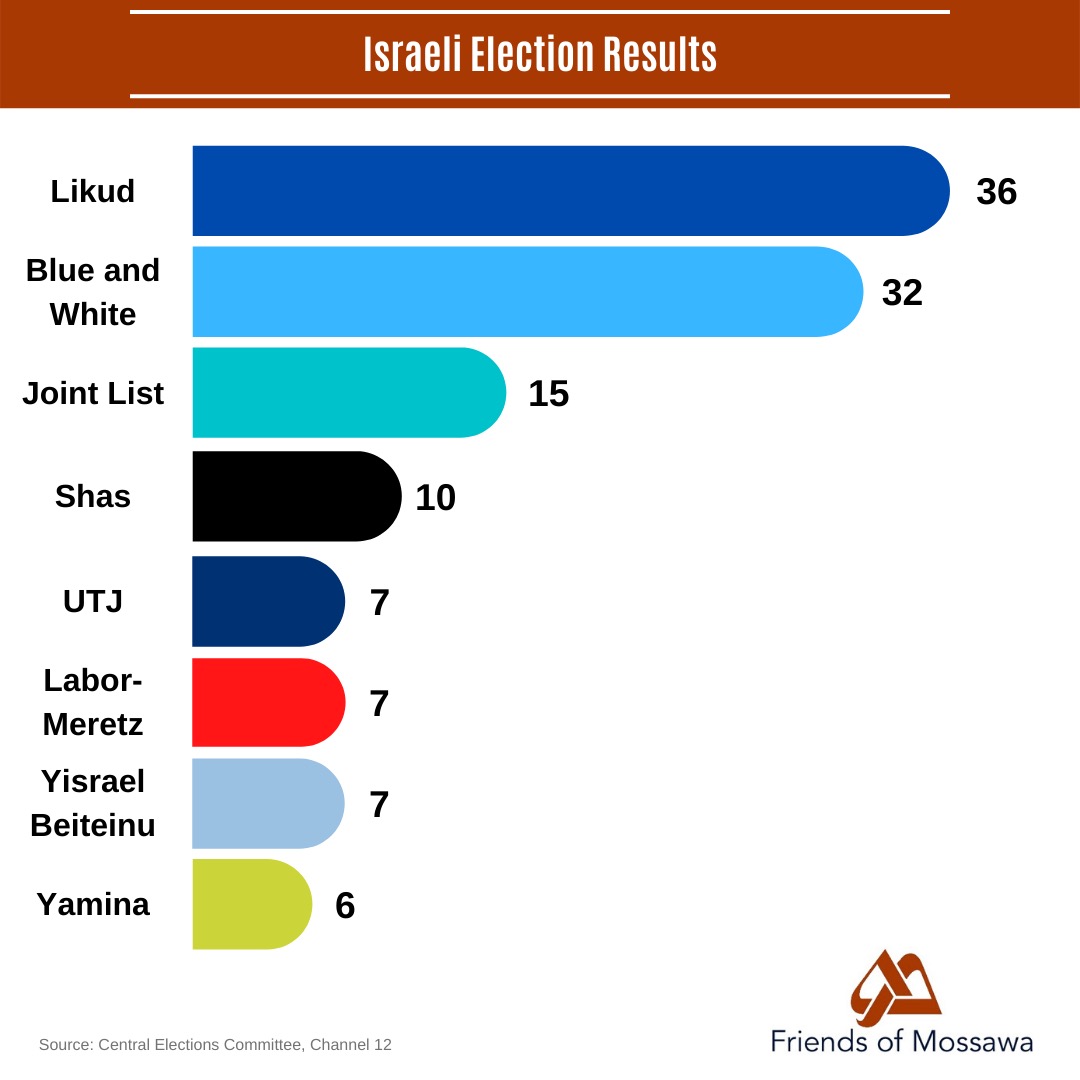 
Yesterday, Israel held its third round of elections within one year. The stakes were high, with the Joint List aiming to further cement its position as a political powerhouse in the Knesset, and Netanyahu -  desperate to avoid criminal prosecution - looking to finally gain the necessary majority to form a government and remain in power. The results from the yesterday's election are shown below.

Following the Likud and Right-wing bloc's win, gaining a total of 59 seats between them with 90% of the votes counted, as well as the surge of the Joint List to 15 seats, it is possible to identify several trends.

The Victory of the Jewish Right in the Absence of a Political Alternative
The third election campaign of the big opposition party, Blue and White, did not present a Jewish alternative to Netanyahu's Right. Blue and White did not present a political, economic, and social alternative to the vision of the Jewish Right. Gantz adopted the "Deal of the Century," patronized Palestinian Arab citizens, and failed to depart from the socio-economic vision posited by the Likud. The group of generals who led the main opposition party tried to outflank Likud by adopting its policies and platform. However, in the end, the public gave the victory to the 'original' Right victory. The Joint List became the only conceptual competitor to Netanyahu's Right-wing plans, which were largely adopted by Benny Gantz.

The Ethnic Rupture
Ethnic voting patterns have been strengthening in the country since Menachem Begin's turnaround in 1977. Segmentation of election results indicates the depth of the sectarian rift. The Likud victory is mainly due to the mobilization of the Mizrahi voters. But it is also worthwhile to look at the Ashkenazi voters of Labor and Meretz who abandoned the two parties when they were led by two Mizrahis. The collapse of the Meretz-Labor-Gesher alliance is also the result of the abandonment of Ashkenazi voters of the alliance in favor of Blue and White, with a minority even choosing the Joint List.

In the March 2020 elections, a vast majority of Palestinian Arabs voted for the Joint List, the Mizrahim for the Likud and Shas, Ashkenazi ultra-Orthodox Jews for United Torah Judaism (UTJ), and Russians for Yisrael Beiteinu. The strengthening of the sectarian rift would require the opposition bloc, including the Joint List, to address voting patterns in any future strategy. The ethnic rupture within the Jewish community and the strengthening of Palestinian-Arab ethnic organization require the development of a ground-breaking strategy.

The Dangers of the "Deal of the Century": Racism, Discrimination, House Demolitions, and Violence
Palestinian Arab society must prepare for the next stage, especially if President Trump wins the US election in November. The Right-wing in Israel will try to deepen discrimination, demolition of houses, especially the demolition of unrecognized villages, as well as a continuing its willful blindness to internal violence in the Palestinian Arab community. Palestinian Arab society must begin to prepare for a new reality and build both local and international networks of solidarity in order to cope with the racism and violence they will experience.

One State Solution
The victory of the Right is another step towards implementing the Jewish state's solution from the sea to the river, while maintaining a discriminatory and racist rule against Palestinians on both sides of the Green Line. Netanyahu’s bloc is not even satisfied with the most one-sided ‘deal’ in the history of the conflict, setting their sights on the controversial E1 zone in Jerusalem.  In this reality, it will be imperative to examine regional and international strategies with the rest of the Palestinian people. The reality that the Right will try to enforce will have implications on future solutions to the Palestinian tragedy. The next step will be to reorganize the Palestinian people to face up to Israeli, international, and even Arab decisions that could herald a bloodbath.