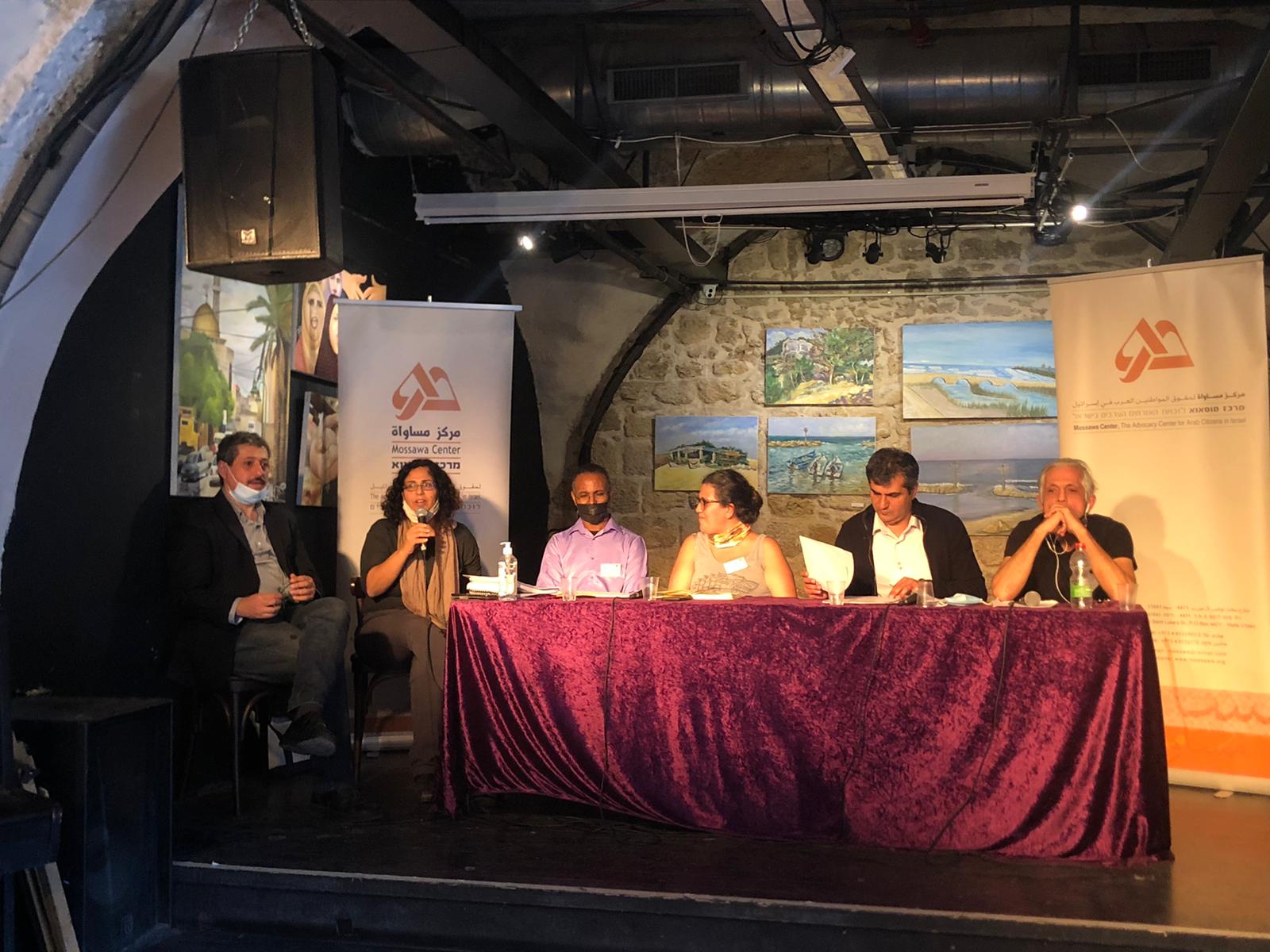 The Mossawa Center’s “Solidarity" conference, held on December 11, 2020, discussed opportunities for political and social and cultural cooperation between various groups in Israel without compromising ethnic identities. The conference's themes focused on the possibilities of building and strengthening multi-ethnic solidarity between the Palestinian Arabs in Israel and other ethnic groups. Activists and civil society representatives attended, along with representatives of the German, Canadian, and Swedish embassies, and former and current Knesset members.

Conference participants discussed a wide range of issues including the history and struggles of the Palestinian Arab community and other ethnic groups in Israel, as well as strategies and visions for multi-ethnic solidarity and building a social justice and multicultural society.

“Over the past several years, we have witnessed the shrinking of the peace camp in Israel and the political crisis that anti-occupation and democratic forces are facing. We are interested in strengthening multi-ethnic solidarity in order to achieve just peace alongside social justice,” said Mossawa Center Executive Director Suha Salman when she opened the conference.

The socio-economic segment of the conference was opened by trade unions activist Rafi Kamhi and Ami Vatoru who spoke about how the poor and lower classes in Israel have been shifting away from the peace camp. The working class in Israel includes foreign workers and Palestinians with their race and level of employment having significant overlap. The leadership of the Workers' trade union "Koch Laovdim" consists of 10 administrators, of whom 4 are Palestinians and 6 are Jews. “This ability to make such ‘strange’ ties is due to the united struggle against class," stated Vatori.

Former Knesset member Abdullah Abu Maarouf referred to the need for "an ideology that leads to solidarity and the desire for social change and justice. Government policy against ordinary citizens cannot lead to any change in the current government's ideology, the ideology of capitalism."

The second segment tackled ethnic gaps and was run by activist and former Tel Aviv municipality member Yael Ben Yefet. Mossawa Center founder and Director Jafar Farah spoke about the ethnic and national voting patterns - known as “identity voting” - where the Russians vote for Lieberman, the Mizrahi Jews vote for the Orthodox religious Shas party or Netanyahu’s Likud, and the Palestinian Arabs vote for the Joint List. Common. “Therefore, when we reach the polls, we constantly get a vote that is not political and social, but with a national-ethnic orientation," he said.

Attorney Amir Badran, a member of the Tel Aviv Jaffa municipality, commented on the situation of Palestinian Arabs in Jaffa, “many in the Jewish community cannot imagine that the Palestinian Arab citizen residing in Jaffa receives a letter home and cannot read it. If such a basic linguistic service  is missing, imagine how many other difficulties Palestinian Arabs face that prevent the community from developing.”

Attorney Neta Amar shef, who represents dozens of Sephardic Jewish petitioners against the Jewish Nation-State Law, referred to a somewhat spontaneous organization of civil activists and people from Palestinian Arab towns. “Our main of opposition to the Basic Law is due to the clause that changed the status of the Arabic language, which for us is a complete culture. To us, submitting the petition is a kind of resistance as part of the Arab region and its culture, which we consider our own since we fell part of the Arab region,” she said.

Igor Kamenik, from the Russian Dor Moria Association said, “our main goal is to cooperate with the Mossawa Center. Solidarity must first and foremost be a self-organization, and an internal organization, in order to know life on Earth.” Dr. Samir al-Khatib, echoing Kamenik’s remarks, stated, “I thank the Mossawa Center for opening the space to talk about solidarity andmulti ethnic cooperation, for putting the issue on the table and talking about problems. The first step is always difficult, and this conference today takes the first step."

In the third segment of the conference, occupation and peace were on the spotlight. it was moderated by Dobby Schwarz (ALLMEP), who opened the discussion by stressing the importance of restoring the issue of peace and occupation on the public agenda. Dr. Ella Shainsky - co-founder of the Russian organization "Our Legacy" - stated, “we have worked for a long time not to hide and not to sit in a certain closed ethnic group. All societies that suffer from unique problems need to work together and understand that we have a government that does everything so that it does not bind us.” Hiyam Tannous stated, “our history as Palestinian Arabs in Israel is sad. A history of pain, tears, and frustration. Growing up with a feeling of inequality, we feel that we do not belong.”

Sigal Harus Yehuntan of the Eastern Democratic rainbow said, “the protest today in Balfour [the demonstration near in the front of PM Netanyahu’s residence] is not really fighting for democracy, but rather for the preservation of power. The solidarity strategy should be different. At the moment there should be a convergence period for each group in order to understand the problems of each group and formulate an ideal agenda for Israeli society.”

In the evening of the  conference, the political attaché of the German embassy opened an art exhibition titled Jisr Az-Zarqa, a story of solidarity, with the participation of 11 artists. The exhibition was a culmination to the Mossawa Center’s solidarity initiative in the Palestinian Arab village of Jisr Az-Zarqa - the poorest locality in Israel - with the Russian artists . Jaffa Theater hosted the exhibition for two weeks, in which 33 paintings telling the story of the Jisr Az-Zarqa were on display.