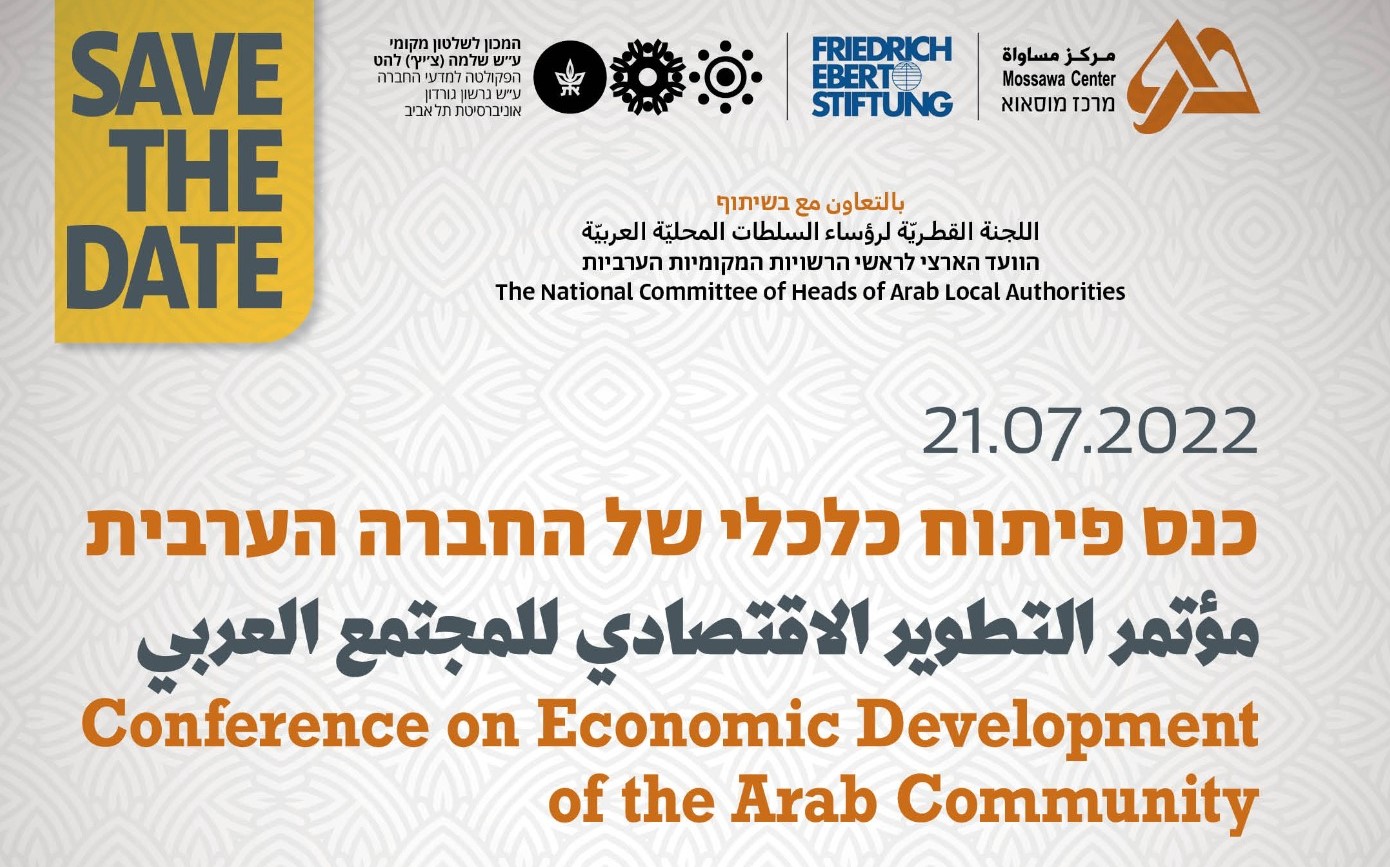 A number of senior officials in the economic sector and Palestinian Arab local government, will take part in the Socio-Economic Development in the Palestinian Arab Community Conference on July 21 at the University of Tel Aviv.

The conference is a joint initiative of the Mossawa Center, the Friedrich Ebert Foundation, the Institute of Local Government Studies at Tel Aviv University, and the National Committee of Heads of Arab Local Authorities.

Participation by the following ministers has been confirmed:

A number of Palestinian Arab local government heads will take part in the conference, including the mayors of Umm al-Fahm, Kafr Qasim, Tamra, Arraba, and Rahat. Conference organizers hope to advance the budget transfers jammed because of a forthcoming round of elections.

This is the first meeting between the heads of local government and representatives of senior government ministries involved in budgeting projects in Palestinian Arab localities in the past year. According to the organizers, 200 local authority heads, treasurers, and senior department heads in Palestinian Arab authorities have registered for the conference so far.

"A large part of the budget transfers decided by the government in October 2021 have not yet been transferred to government ministries, and have not reached intended projects. Despite the elections, we hope that the plans prepared last year can be advanced."

Judith Stelmach of the Friedrich Ebert Foundation: "The aim of the conference is to examine the issue of economic development of Arab society in a holistic perspective that marks possible and necessary channels of action and investment at the state level, among local government and Arab authorities, the business community, and the Palestinian Arab citizens themselves."

Dr. Ophir Pines, former Interior Minister and director of the Institute of Local Government Studies said, "Since the current government was formed, there has been no incident in which senior government ministries, including in the Ministry of Finance, cooperated with all representatives of the local Palestinian Arab governments."

Chairman of the National Committee of Heads of Arab Local Authorities Modhar Younis said, “We hope that the elections will not jam the budget transfers to roads and schools, as well as projects aimed at closing gaps in health and developing industrial areas. Most local authority heads will meet with representatives of government ministries in hopes of advancing the transfers. We fear that 2022 will end and the crisis in Palestinian Arab local governments will deepen. We want a budget to be found and transferred quickly to reduce the gaps in infrastructure and roads in the Palestinian Arab community, in favor of implementing the Ayalon lanes plan and implementing it through the local authorities. "
Subscribe to Mailing List
You can enter your email in the box below to subscribe to our newsletter
Send