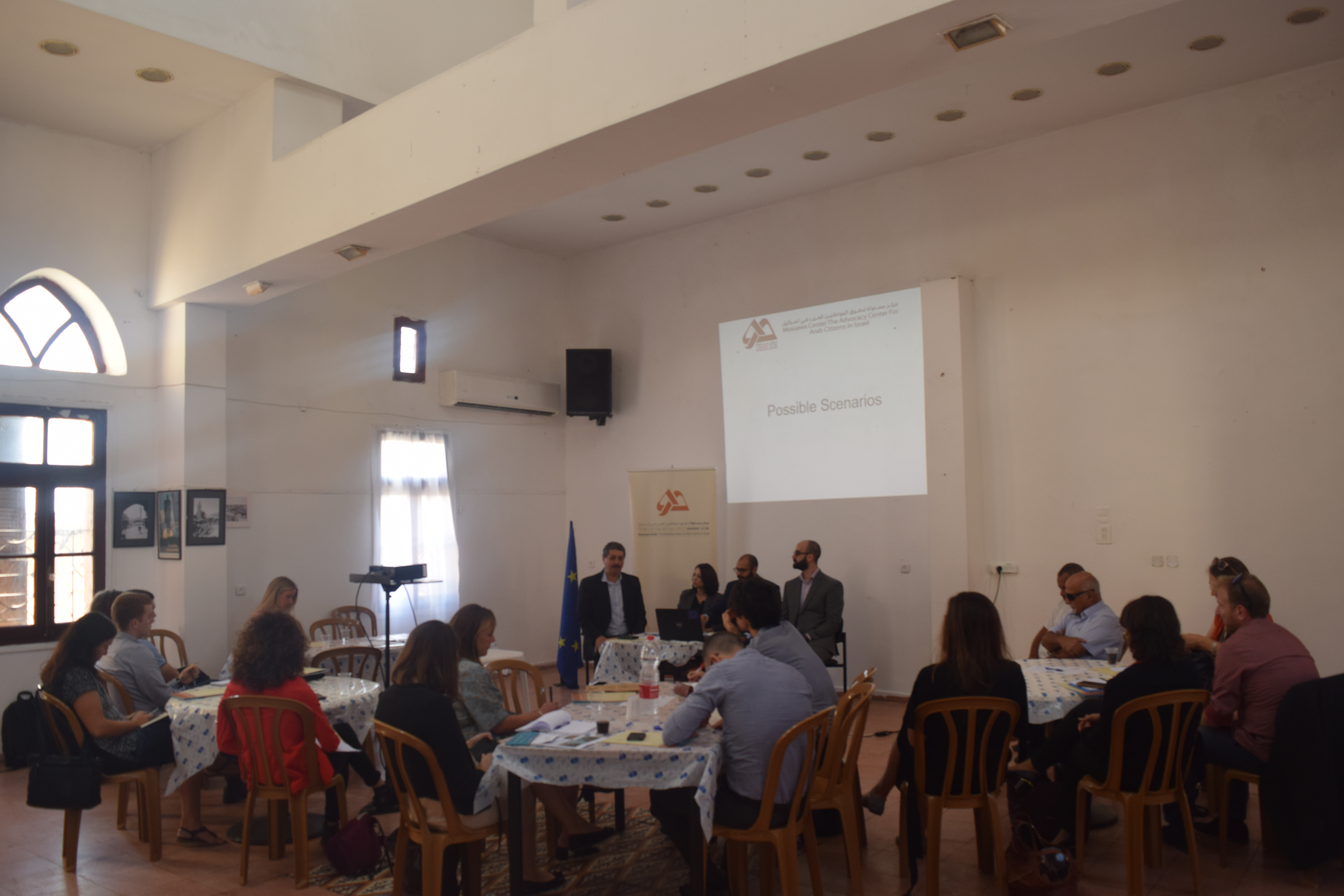 The event began with our parliamentary advocacy coordinator, Amir Toumie, who unpacked the election results. He focused on the increased voter turnout among Palestinian citizens of Israel – examining the re-unified and re-emboldened Joint List. Additionally, he examined the role of anti-Arab incitement, concluding that this did not only galvanize political participation for Palestinians, but failed to resonate with the Jewish population. “Incitement,” he told the meeting, “was not an effective strategy”.

The stage was then given to the researcher Dr. Fakhira Halloun who spoke about the unique role of Palestinian citizens of Israel, and their potential to advance and galvanize the peace process. She argued that their position allowed them to “understand the political psychology” of Palestinians living under occupation and the Jewish-Israeli society. They not only can act as a bridge between the two peoples, she asserted, but also as a bridge between the Jewish people in Israel and the Arab Middle East at large.

Finally, our director, Jafar Farah, looked at the possible scenarios for a future government. He emphasized the potential of Palestinian citizens of Israel in moving Israel-Palestine beyond the current quagmire. The community has not reached their full potential: in the Oslo years, voter turnout exceeded 75%, and a return to these levels of participation could bestow a significant advantage to any peace camp if there were to be another election. Farah then turned to the Jewish partner that this Palestinian resurgence deserves. The Jewish-Israeli population, he argued, has been preoccupied with identity voting for decades. In surveying the recent results, Farah identified how shifts in Russian and Mizrahi voting patterns could significantly reshape the political map.

This was followed by a Q&A session, where the panel addressed the role of Palestinian citizens of Israel in the Fatah-Hamas reconciliation process and the potential involvement of the Joint List in a Gantz-led government.

The event took place in Jaffa Journalists Association on 24 October, and was attended by representatives from the EU, France, Germany, UK, Spain, Italy, Netherlands, Austria, Denmark, Japan, as well as journalists and representatives from various foundations. The attendees were also joined by 422 viewers via our Facebook livestream, which can be revisited here:

On the same day as the briefing, coalition negotiations got underway.  Against this backdrop, the Arab community reiterates its key demands: