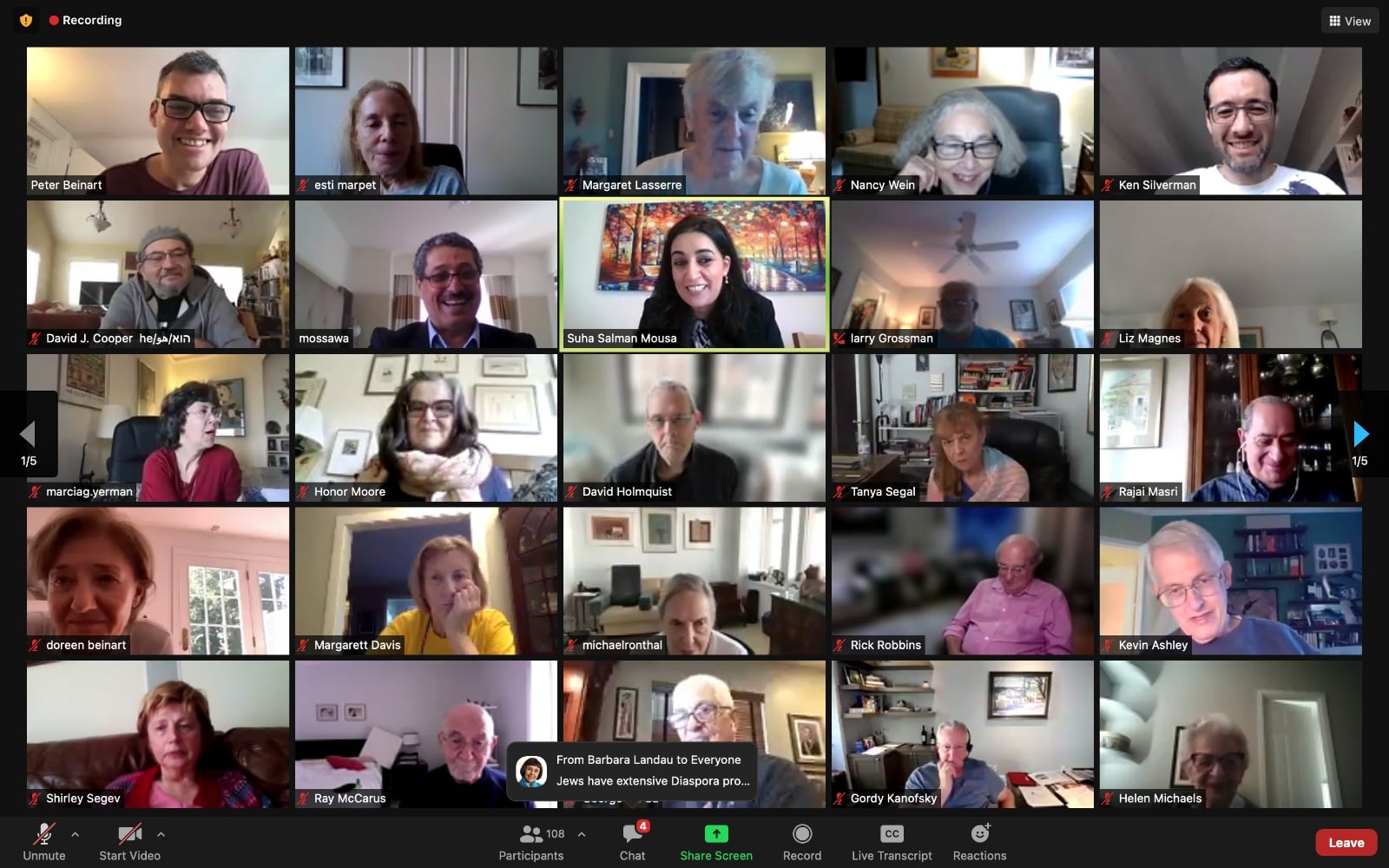 On Friday, October 15th, the American journalist Peter Beinart hosted the director of the Mossawa Center, Jafar Farah, and the Center’s executive director, Suha Salman-Mousa, in an online webinar joined by more than 120 participants, which will later be broadcast online.

Peter Beinart is a leading progressive columnist and commentator on the Palestinian cause in the United States.

Following, were talks of the illegal evictions of Palestinian Arabs from unrecognized villages in the Negev, and the widespread phenomena of police brutality and settler terrorism towards Arab citizens during the May 2021 violent events.

Substantial questions were raised surrounding the role of Palestians in current affairs and the significance of the United Arab List joining the government coalition alongside right-wing settler parties. In addition, the possibility of implementing a two-state solution for both parties was discussed.

The Mossawa Center went on to call on the participants of the webinar, which will later be posted online, to support the work of The Center and other human rights organizations, and to advocate for the human rights of the Palestinian people living inside the boundaries of the Green Line with policy makers, representatives and popular media in the United States.

The meeting was attended by a number of researchers and activists residing in different regions of the United States.