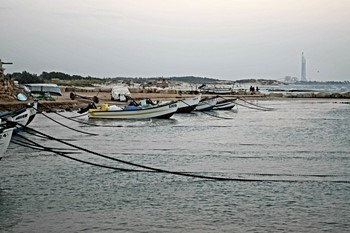 Following concerted efforts to increase the number of qualified healthcare providers in the area, with 2018 marking the start of a funded course for 50 local nursing students, also providing an alternative career path for those in largely low-paid hospitality positions

Employed the first gynaecologist in over two and a half years

The opening of a mobile bank branch by Bank HaPoalim

The acquisition of 8.55 million NIS in funding for infant care, local schools, the local council, and the renovation of the transportation system

The inclusion of Jisr az-Zarqa into industrial zone of Zikhron Ya’akov, receiving 17.5% of the industrial zone's income. In four years’ time, this will increase the local authority’s income by about NIS 800,000 annually. Work is also ongoing to include Jisr il Zarqa in other industrial zones

Only 23% of students graduated from high school

84% of the population relying on Clalit health services

45% of children in elementary school suffering from obesity

80% of residents live beneath the poverty line

The average income is half of Israeli average

Since 2017, the Mossawa Center has become increasingly involved in working with the poorest locality in the whole of Israel - Jisr az-Zarqa. From the initial mapping in 2015/2016, we found that the town was deprived across numerous key indicators, including:

One of the greatest impediments to the socioeconomic well-being of the Arab community relates to budgetary inequality. Drawing on its expertise in relation to the state budget, the Mossawa Center works with local authorities to access budgets from the central government and to build and implement budgets in an effective manner. The Mossawa Center, in cooperation with local authority staff, the Arab Center for Alternative Planning, and the Legal Clinics at Tel Aviv University, has lobbied for additional funding and equipped the local council to overcome such obstacles themselves in the future.

Following an extensive and grassroots mapping of the town’s situation, the Mossawa Center begun implementing a range of legal, parliamentary and media interventions to expand the rights and living standards of the local population. The Mossawa Center’s tireless and holistic advocacy work has resulted in:

The Mossawa Center, however, did not only tackle Jisr az-Zarqa’s problems from the top down. The procurement of funding was complemented by close co-operation with and support of the local community and the local municipality. This included over twenty women’s workshops in 2019 alone to increased local women’s capacity building skills, particularly organizational techniques, management and leadership, financial skills, and advocacy and implementation. Beyond this, the Mossawa Center launched ‘healthy living’ campaigns with the support of health experts to teach the community about preventable diseases. The ultimate aim of this development model is self-sustainability: to ensure that the local municipality and community have the capacity, skills, and knowledge to build on our joint efforts.

This two-pronged strategy is epitomised by the Mossawa Center’s approach to tourism in the locality. As the only Arab town in Israel on the sea front, and also intersecting with national hiking trail, Jisr az-Zarqa has vast potential in tourism. There are also spectacular Hellenistic, Byzantine and Roman mosaics, and a Roman aqueduct, all in need of repair and restoration. At the initiative of the local authority the Israel Antiquities Authority carried out a workshop for high school students on how to maintain ancient ruins. The Ministry of Tourism has granted budgets for the development of the beach and other tourism projects, including a course with the Technion Israel Institute of Technology through which students learned about the interconnections between the environment and tourism. In addition, the Mossawa Center worked with local businesses to encourage tourism and to ensure that this maximises its benefits for the local community. The Mossawa Center’s co-operation with Juha's Guesthouse, a local hostel co-owned by a Jewish and Palestinian Arab citizen of Israel, has served as a platform for community building as a whole. The hostel is now a key hub for community organizing and educational workshops, including the incubation of a local women’s handiwork business, which is promoted by the Mossawa Center.

Despite these achievements, much work remains in order to close the gaping disparities between Jisr az-Zarqa and the rest of the country. In the coming years, the Mossawa Center plans to build on the progress made to date, but also to follow our successful template to intervene in other impoverished Arab localities.

The Project in Jeser Zarka is funded by the EU