Arabs fired for 'political position' on day of general strike 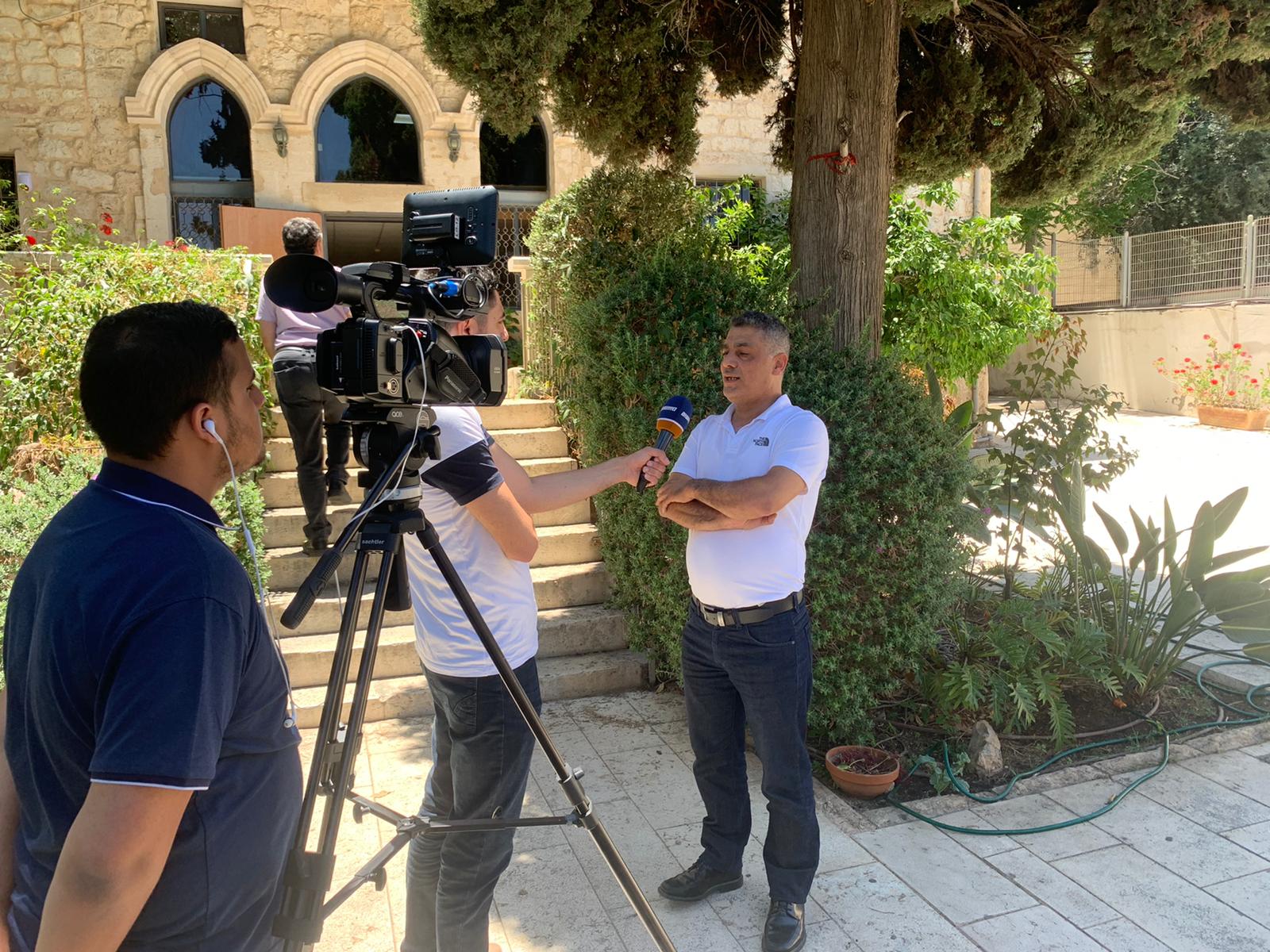 Employees of the Victory supermarket chain, Israel Railways say they were dismissed for missing work on May 18, but say the security situation, heavy police presence made it impossible for them to leave their homes

Citizens from the Arab community say they have been fired their "political position" after they were absent from work on May 18, the day of a general strike during the latest war in Gaza and amid clashes between Muslims and Jews in mixed Israeli cities.

Ahmed and Rasha Agbaria both worked at a branch of the Victory supermarket chain on the outskirts of Tiberias.

In Ahmed's pre-dismissal hearing, which is required under Israeli law and of which a recording was received by Ynet, he was informed: "You did not come to work. You abandoned the store and harmed the functioning of the store. For me, this is a political position. You took a political position apparently without noticing." Ahmed, a resident of the northern village of Musmus and a student at Kinneret Academic College who worked at the branch for about six months, refuted the allegations during the hearing. "I did not come to work due to the security situation that was life threatening. I could not go out because it was dangerous," he told the hearing. "Even if I had set a foot outside the village, there were police blockades. It was difficult to go out. We were not even allowed to go to buy food. There were many demonstrations that day, there were also police who hit us, fired rubber bullets and [tear] gas at us so that we would not leave the house." Ahmed said he could not make it to work as he was afraid for his personal safety on the day of the strike, which had been declared by the High Follow-Up Committee for Arab citizens of Israel. "Unfortunately," Ahmed said, "the company chose to fire me and that is extremely delusional."

Rasha, a resident of Umm al-Fahm and a fellow student at Kinneret College, says she was also fired from the same branch after working there for nearly a year.

"It is very disappointing. I do not understand the company's conduct. Instead of taking the circumstances into consideration, they fired us on the basis of the claim that we took a political stance. We cannot be silent about something like this because it is clearly a form of revenge."

Before they were fired, the company summoned each of them to a pre-dismissal hearing, stating that the reason for the process was "absence after taking a political position that harmed the functioning of the store."

After the hearing, each received a formal letter of dismissal, stating: "Following the hearing, we decided to inform you of the termination of your employment with our company effective immediately."

Mohammed Abu Alalban, a resident of Lod who worked as an attendant at Israel Railways, was also fired from his job. In his case, he was dismissed via a WhatsApp message.

"I was never summoned for a hearing nor was I informed of one. I learned that I had been fired from the shift supervisor and not from the management. Due to the difficult situation in Lod we were all under pressure and not functioning well," he said.

"I could not leave the house during the day or at night and in the end they fired me because I did not go to work due to the difficult conditions in my city."

The director of the Mossawa Advocacy Center for Arab Citizens in Israel, Jafar Farah, asked Israel Railways for an explanation for the dismissal.

"I contacted the direct foreman and warned him about the illegal dismissal. Despite my warning, the foreman sent the employee a WhatsApp message informing the employee to take the dismissal compensation and look for another job," Farah says. Farah informed Danel, the recruitment company that placed Alalban, that "these are illegal dismissals, without a hearing and without due process. The dismissals were discriminatory and in violation of the law that prevents discrimination in the workplace."

Farah said that the center had also sent a copy of the communication to Mariam Kabha, National Commissioner for Equal Employment Opportunities at the Economy Ministry. Kabha's commission has begun to look into the incident, Farah said. According to Farah, the Mossawa Center has in the past week alone received dozens of calls from workers who were fired or summoned for hearings following the strike. The center has offered assistance to those who made contact, along with volunteer lawyers specializing in labor law, he said.

According to the center's data, only a small number of workers were fired in an expedited procedure. In most cases, the workers were reprimanded or a note was recorded in their personal file.

Danel Human Resources said in response: "For 40 years, Danel has placed tens of thousands of workers regardless of religion, race or gender. In the case in question an employee was lawfully fired and is cynically and shamefully using a claim of racism to get his job back. We are prepared to deal with these allegations in any court of law."

To read more of Hassan Shaalan's ynet article, click the link below: